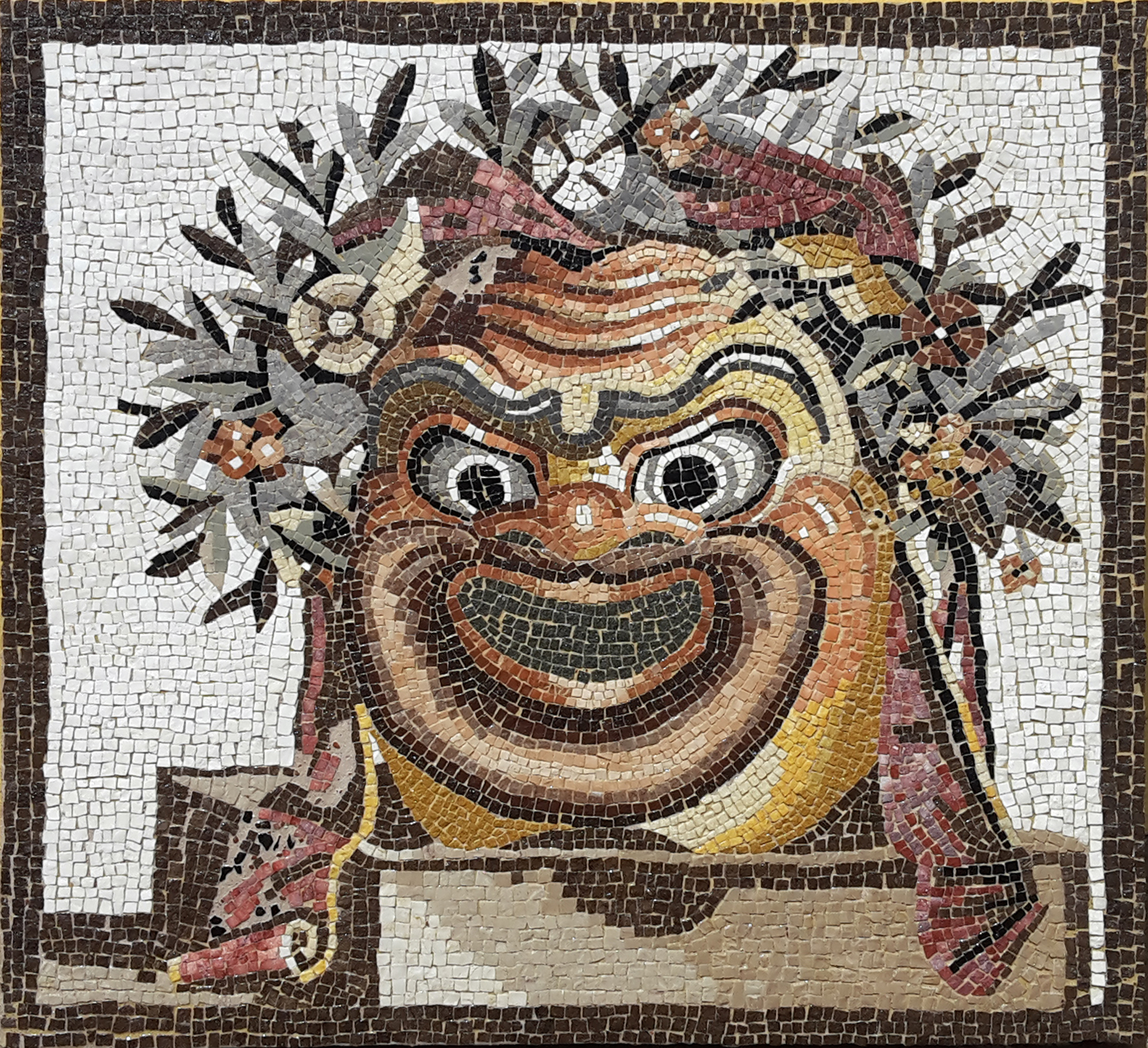 This Maschera di Silenus(Mask of Silenus) is a copy of a 1st century Roman mosaic preserved at the Museum of Art & Gardens in Jacsonville, Florida. It was performed by the students of the first course who, after becoming familiar with the cutting of the tiles, concentrated on compositions of reduced dimensions, inspired by modules, friezes and figures of the classical world, made with natural materials.

As in the ancient workshops, where mosaicists and differently specialized artisans worked, flanked by a pictorwho created scenes taken from mythical and literary culture or from everyday life with banquets, games and theatrical performances, so the first year students study and reproduce chosen historical subjects from their teacher. This theatrical mask was proposed for its great expressiveness and allowed the students to concentrate on weaving, that is the system with which the square tiles, of different colors, were combined, to render the subject and its spatiality. The pattern of the tiles therefore resumes that of the ancient Roman floors: the tiles approached draw the marked physiognomy of the face, those of the background first follow the outline of the figure and then align themselves in horizontal lines to fill the entire surface.

The mask depicts Silenus, a character from mythology, god of trees and winemaking, son of Pan (the sylvan god) and a nymph. From the appearance of a burly and hairy elderly man, often represented with animalistic attributes, he had the gift of extraordinary wisdom, despised material goods and foresaw the future. It was he who educated and accompanied the god Dionysus to whom he was always tied in his growth, presenting himself at the famous sacred banquets of Dionysus riding a donkey.