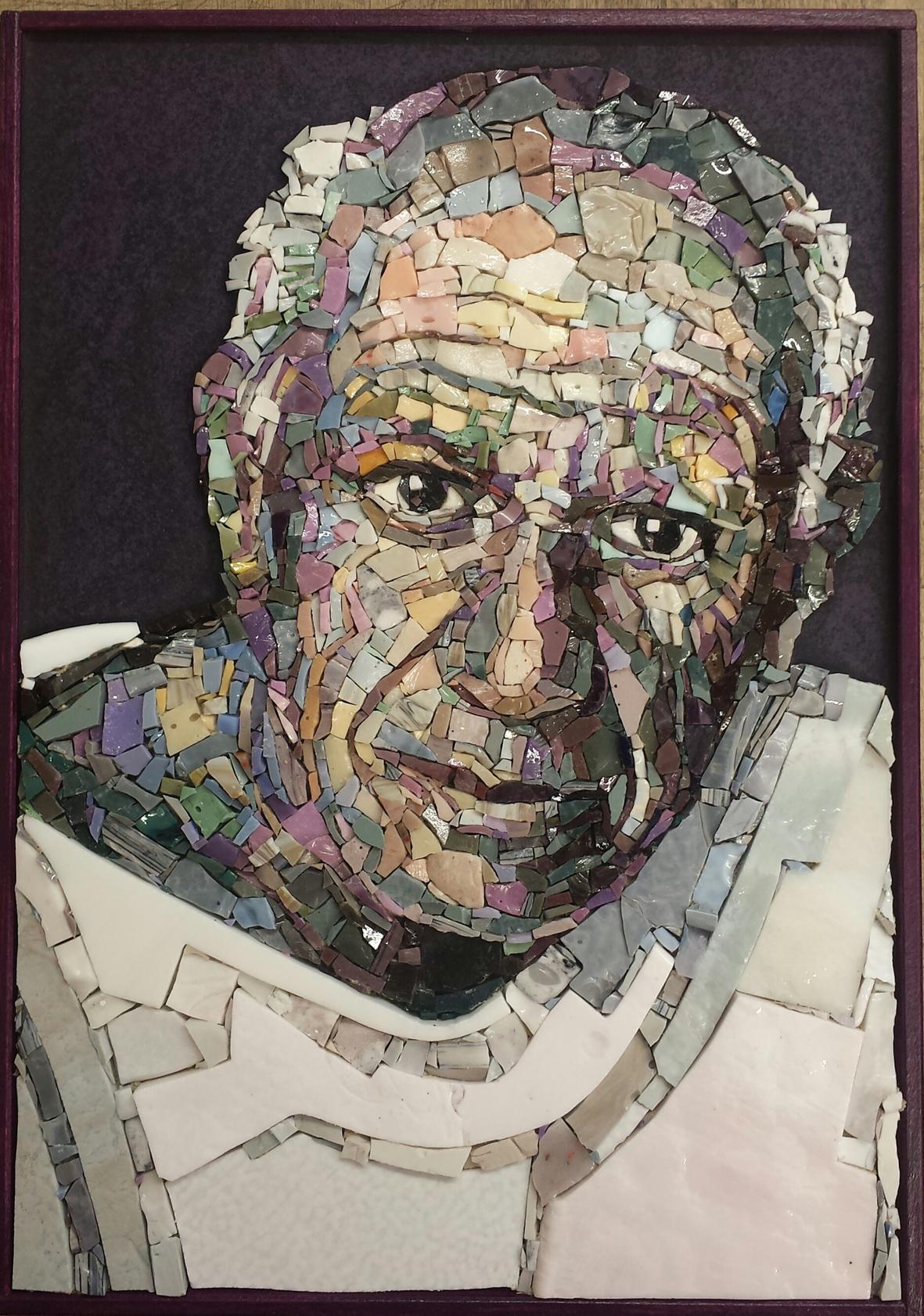 The mosaic portrait of Pablo Picasso is the translation of a black and white photograph, rendered in color, with the use of a chromatic range based on the combination of complementary colors. It was built in eight weeks, for a total of 127 hours of work. This estimate does not include the time of reflection and study that took the student performer to enter into a relationship with the subject depicted, that great artist with a strong personality that was Pablo Picasso.

The tesserae, of different sizes and shapes, and the trends certainly reproduce the features and physiognomy of the face of the Spanish painter, but to obtain the interior charge and character of Picasso, the pupil used solutions developed by her such as the variation of the thickness of the tiles, the strong contrast between face and shirt, the evidence of expression lines and eye contour.

If it is taken for granted that in the portrait the features of the protagonist are respected, it lies in the ability of the mosaicist to be able to convey the spirit of the person portrayed: interpreting a mosaic face, the student enters in some way in symbiosis with the subject and also animates it based on to one’s way of feeling and perceiving it, increasing, in many cases, its seductive power.