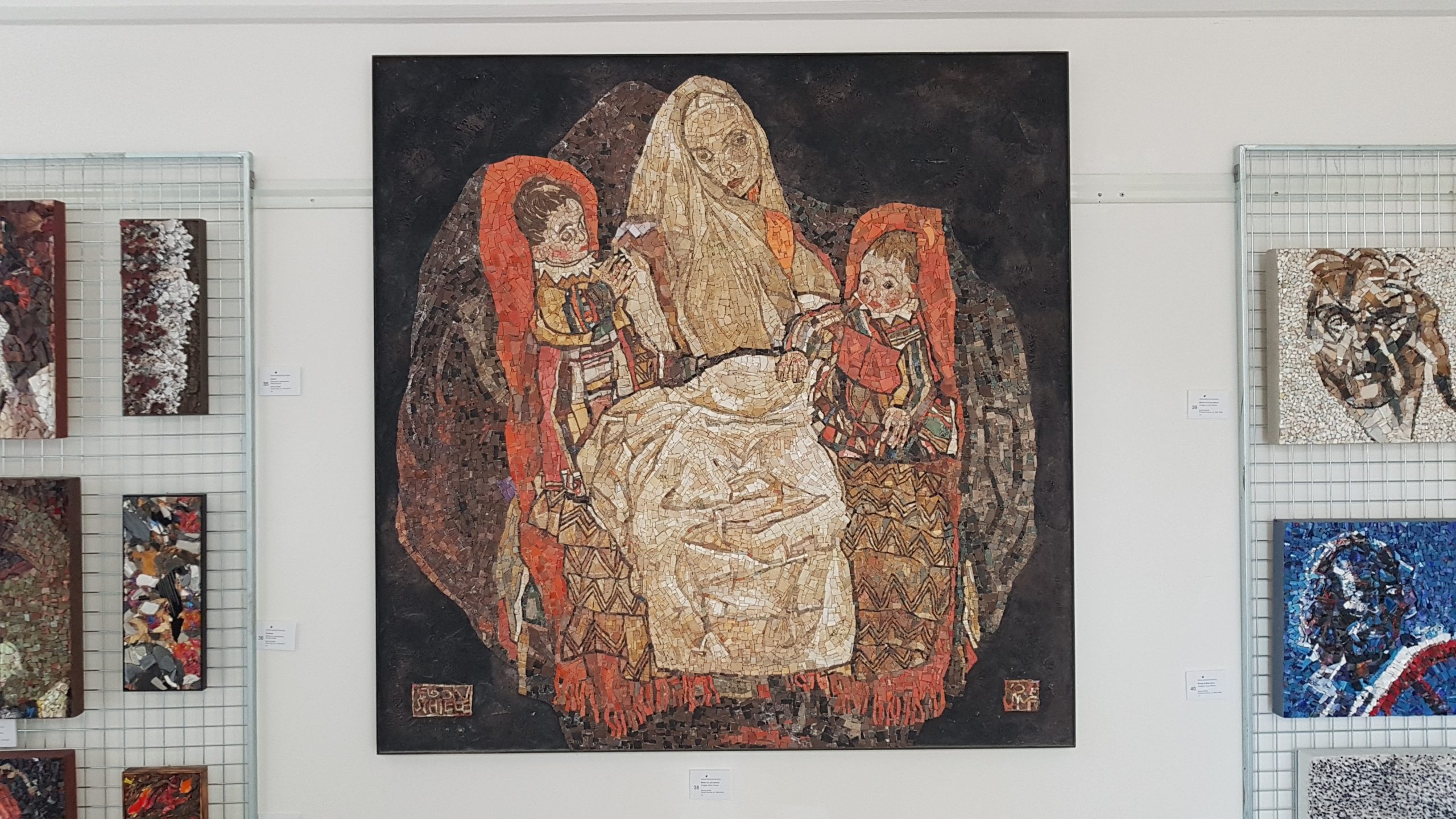 The mosaic interpretation of the painting by Egon SchieleMother and two children, created between 1915 and 1917 and now kept in Vienna at the Osterreische Galerie Belvedere, is a collective work that has respected and maintained the same expressive power given by the artist. The brushstrokes that give strength and drama to the subject are translated through the pattern and size of the tiles, which in addition to describing the figures, accentuates their angular character.

The mother, central, highlighted by light colors, almost cadaverous, shows herself distant from her children. They, standing and separated from her body, look for a hint of affection in her. The result of Schiele’s biographical events, this distance between the figures that should make up a family nucleus is underlined by the choice of colors to which the mosaic adheres.

The commitment of the students was addressed both to understanding the troubled poetics of the Austrian painter, and to the rendering of his style through the adoption of particular solutions visible for example in the faces or in the drapery of the clothes.