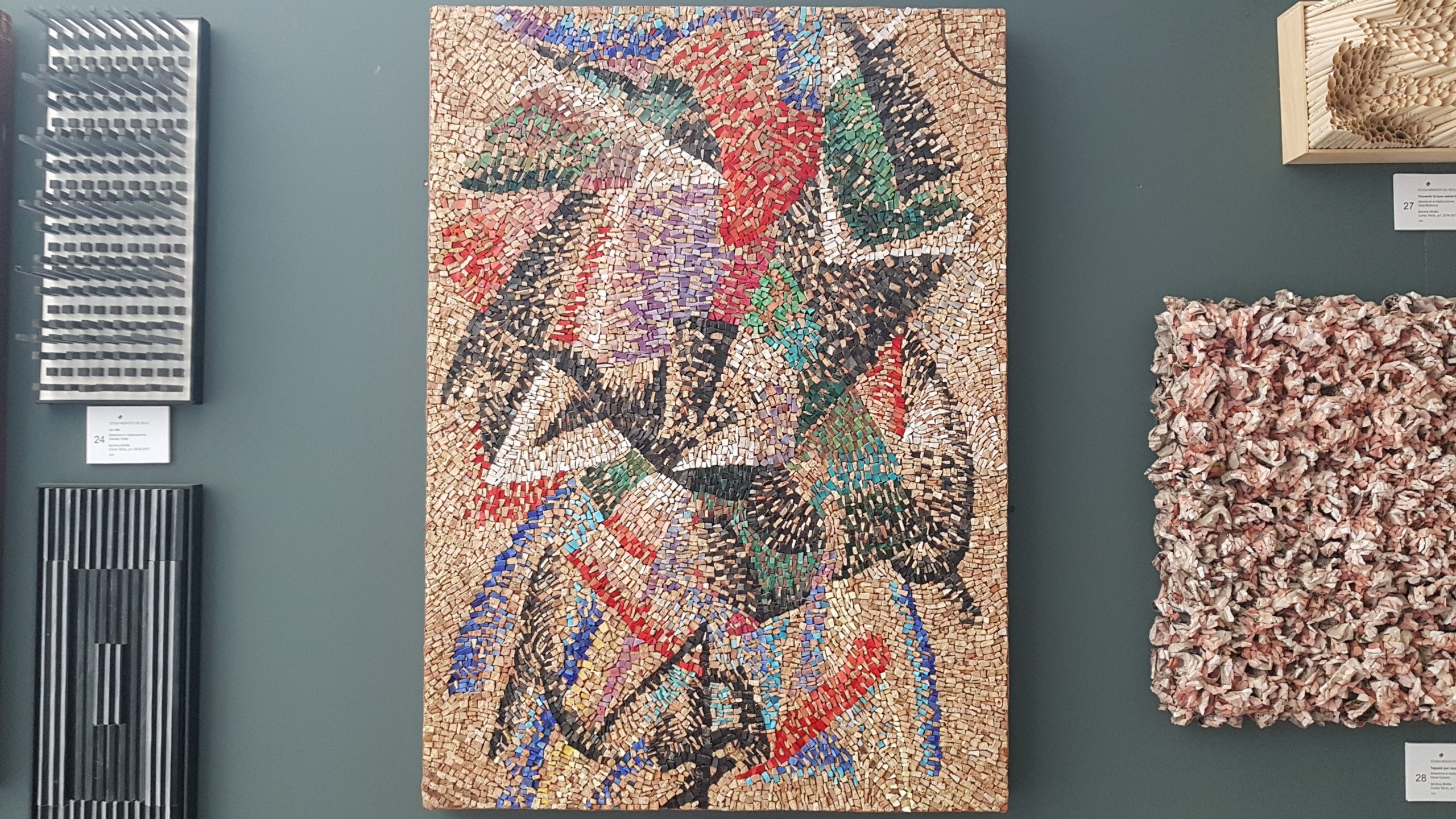 The mosaic interprets the painting by Gino Severini Danseuse parmi les tables of 1912. The work constitutes a testimony of the adhesion of the painter of Cortona to the Futurist Movement (born by the will of Filippo Tommaso Marinetti with a Manifestoin 1909) which precisely in that year he exhibited in Paris, at the Bernheim Jeune Gallery.

Severini was already living in Paris, at the time the center of avant-garde art, and his painting refers to the lively cultural climate of the city and to the attention paid to the proposals of the Cubist group with which he successfully came into contact.

The dancers become a subject dear to him both for the joy of life they transmit, and for the movement they embody, the latter being a fundamental theme for Futurism. “Bring the viewer to the center of the picture”, simultaneously grasp a moving form in a single vision, combine memories and sensations with the present of a scene, express the speed, energy, strength that impact and modify a subject, are these are some of the challenges proposed by the signatories of the Manifesto of Futurist Painters (1910) in which Severini will also participate.

In Danseuse parmi les tables, therefore, the frames of the motion of the dancer overlap in a single image, whose body is broken down into schematic and apparently disjointed forms.

Translating this work for a mosaicist, who works through the combination of colors of different materials, means starting a reasoning on the relationships between colors (the so-called color theory) to give light and three-dimensionality to what is represented with the tiles. It is therefore a question of reflecting on the perceptual reconstruction of images, on the sense of distance (also essential in Futurist works to understand the figures described), on the vibration of the weave of the tiles in relation to the chromatic choices made.

Hence the choice of the teachers of the School to submit to the students of the third and final course between 2002 and 2004 some works by Severini, precisely to exercise and test technique and sensitivity towards color, a fundamental element in the art of mosaic.