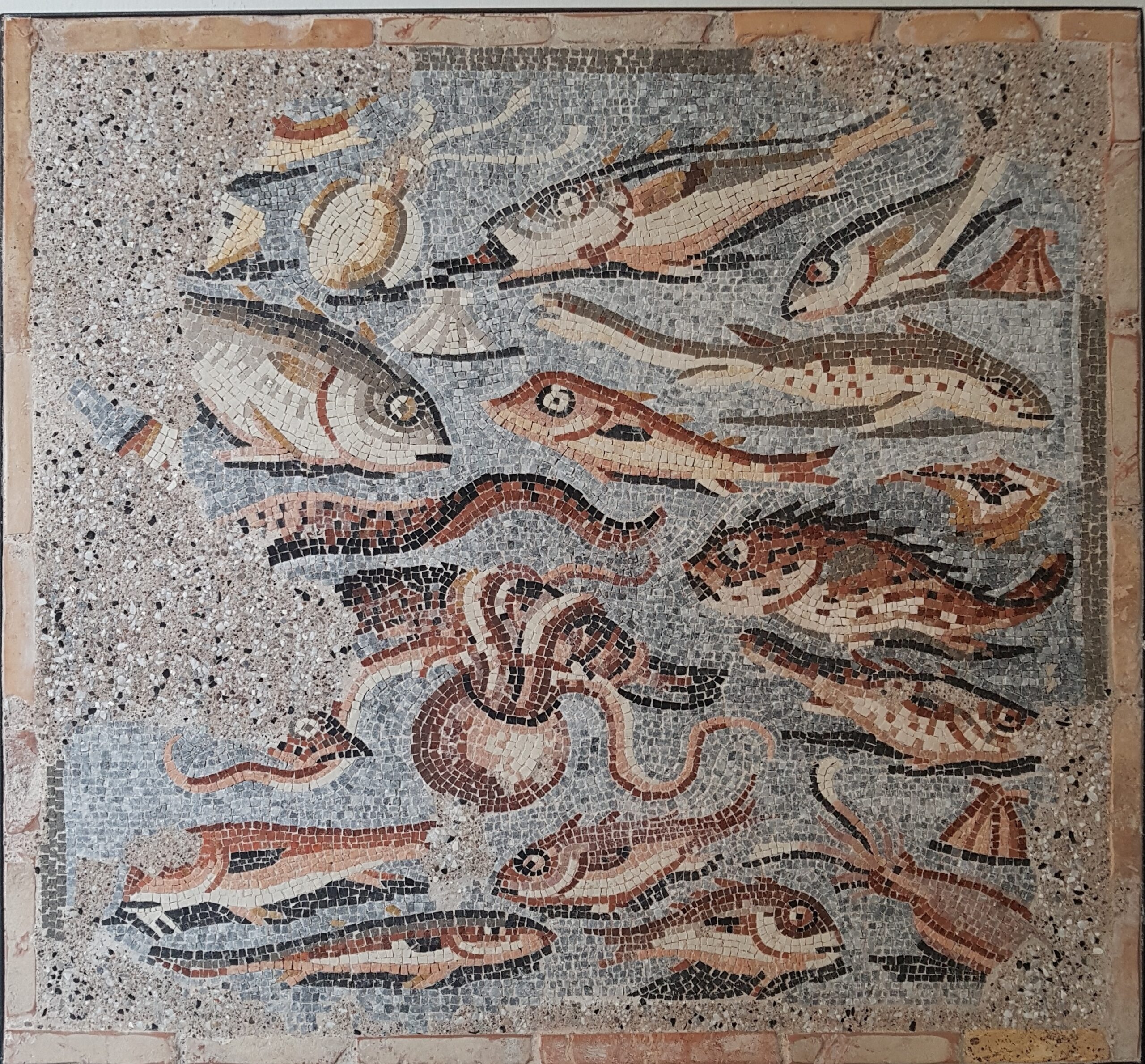 During the excavations of 1963 in Aquileia a floor was found in a large room with white mosaic surrounded at the edge by two decorative bands in black, one with plant motifs and one in Greek. In the center was an emblem inserted on a terracotta tile measuring 60 x 60 cm representing a marine scene: the most varied fish are represented on a blue background; they are provided with shadow, intended to give the impression of movement rather than the illusion of depth. The colors are bright and the notations of the details are extremely precise, so much so that it was possible to recognize the individual species with certainty. Almost in the center stands the group of octopus – lobster – moray which appears frequently in mosaics representing fish, illustrating the natural rivalry of the three animals; it confirms a saying common to fishermen from the Adriatic, Tyrrhenian and Sardinia: “the octopus eats lobster, the lobster eats the moray, the moray eats the octopus”. From a stylistic point of view, this small mosaic is placed among the panels of a similar subject which in Pompeii are still exquisitely of the Hellenistic tradition and which instead in North Africa testify to the search for new ways. The emblem is dated to the Flavian age, that is, to the end of the 1st century. A.D. (there is a suspicion that it was imported, rather than made in Aquileia).